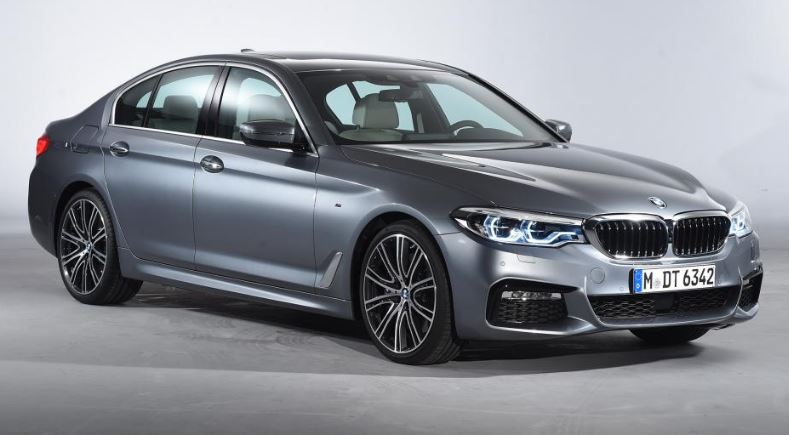 The exterior is slightly different and now looks more like a coupe; instead of the strong and broad shape of the current model, the new model has a long snout and a rear that looks more tucked in and compact. The car is now 2mm taller, 8mm wider and 28mm longer. The boot capacity is 530 litres. 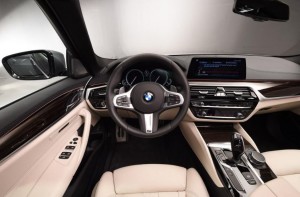 Commenting on the 5-Series, the BMW Chairman, Harald Kruger said: “With the expansion of our model portfolio in the large-vehicle classes, we are satisfying the wishes of many customers. I’m in no doubt that the new BMW 5-Series will set new benchmarks technologically, but also have huge emotional appeal. It remains the epitome of the business sedan.”

The 5-Series comes with a new engine range, all of them TwimPower turbos. Initially when launches in February next year there will be four engine options including 530i and 540i petrol-fueled in-line sixes and the 520d and 530d turbodiesels. Three more engines will be added in March including; 530e iPerformance plug-in hybrid with 45km of pure battery-electric range, and extreme fuel-sipper Efficient Dynamic version of the 520d and a M550i xDrive all-wheel drive. 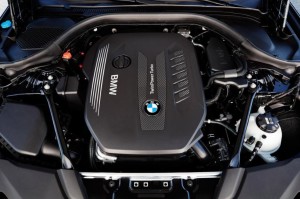 The 5-Series has always been BMW’s technology leader and the newest model is no exception. Driver Assistance Technologies include: Dynamic Cruise Control as standard with Active Cruise Control and Speed Limit Information optional. The Driver Assistant Plus safety package includes; Lane Keeping Assistant, Lane Departure Warning System, Lane Change Warning and Driving Assist Plus. And of course it comes with BMW Connected drive.

The Active Cruise Control with speed-limit recognition software and the steering and lane-keeping systems allow the driver to do nothing, for a while anyway, on long monotonous stretches of road. BMW says the 5-Series will take over steering, braking and acceleration work from the driver, adjusting the speed to comply with the road’s limit automatically.

There is a Self Parking optional system that automatically detects empty car park spaces and autonomously parks the car for you. An optional system, like in the 7-Series, allows the car to be parked via the key even if you’re not in the vehicle. 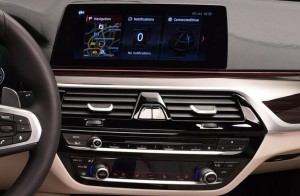 The 10.25 inch multimedia touchscreen allows you to manage your car and comes with a wireless version of Apple CarPlay as well as MirrorLink. It also has Microsoft Exchange which allows Microsoft 365 users to sync their emails, calendars and contacts. The car can also inductively charge smartphones and provide WiFi hotspot for up to 10 phones, laptops or tablets.

There is also a smartphone app which allows you to check on your car by tapping into the 360-degree camera view by remote control, even from half the world away.

Looking to lease or rent vehicles for your business? Contact us today on 01-4605250 or email info@jensenfleet.ie to discuss you options.