New figures from the Society of the Irish Motor Industry show that new car registrations are down from the same month last year. However, the overall market is up 17% for the year to date with 146,175 new cars registered up from 124,460 in the same period last year.

As the industry prepares for the new 171 registration period, November is traditionally a slow down month. Just 748 new cars were registered in November, compared with 940 for the same month last year.

The year to date figures show that Hyundai (15,434) are the best selling make with a slight lead over Volkswagen (15,397). Toyota, Ford and Nissan complete the top five. Toyota had the most new car registrations in November with 123 registrations.

Hyundai’s success is largely based on the popularity of its Tucson crossover which is Ireland’s best selling car for the year to date with 7,422 registrations, well ahead of the Volkswagen Golf with 5,009 registrations. The Ford Focus, Skoda Octavia and Nissan Qashqai complete the top five. In November, the new Toyota C-HR was the best selling car. 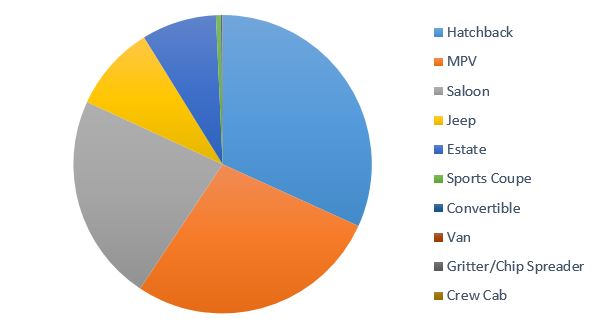 According to Alan Nolan, director general of SIMI: “2016 has seen the highest levels in new vehicle registrations since 2008, even with all the challenges of Brexit in mid-year and the slowing down in the last couple of months.”

“Overall, it has been a good year for our industry and all indications look that registration numbers are on track to deliver in the region of 147,000 this year as predicted.”