With the rush for new 162 cars having already begun, we look at the cars still to be released in 2016.

Renault Megane Sharp new styling and a reliable mechanical package. The cabin will get a Volvo-style touchscreen makeover and there will be a sporting GT version.

Citroen C3 The Citroen C3 draws on styling and light, simple nature of the Cactus, expect more distinctive styling inside and out. It will be looking to take on the Ford Fiesta and Volkswagen Polo.

Ford Ka + Starting price at €13,050, the first ever five-door KA is not just a small Ford, it’s designed to give Ford something to compete with Dacia, while allowing next-generation Fiesta (due next year) to move up a bit both in terms of size and sophistication.

Toyota CH-R The Toyota CH-R will sit roughly between a Qashqai and a Juke in size. There is no diesel option so far, it instead comes with 1.2 petrol turbo and the 1.8-litre hybrid from the Prius. 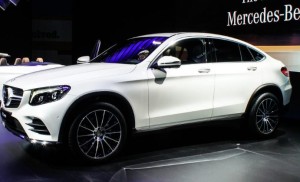 Seat Ateca Based on the mechanical package as the Volkswagen Tiguan it will be at the cutting edge in terms of engines and technology.

Ford Kuga A big new grille and narrow lights on the outside, and underneath the new 1.5 TDCI diesel engine will put the Kuga into the Band A for emissions. Set to rival the Qashqai until the new, purpose-built crossover arrives in 2018.

Audi A5 Coupe The new A5 Coupe is a little roomier and more practical than the old A5 model. There will also be an ultra-sport S5 with quattro and a turbo V6 engine.

Citroen C3 Picasso A little roomier than its predecessor but may keep some of the same styling.

Fiat Tipo Moving away from the fun and funky styling of the 500, the Tipo is a simpler machine, designed to be roomy, comfy and reliable and cheap to buy and run. Fiat insiders suggest it will match the Skoda Otavia for space and equipment but be as much as €3,000 cheaper model for model.

Kia Niro Kia’s version of the Ioniq, it will only be available as a conventional hybrid for the moment, it promises to be the most efficient and lowest-emissions crossover, for the moment anyway. 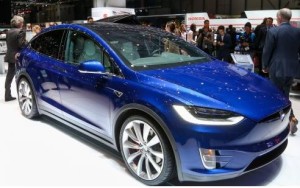 Mercedes-Benz GLC Coupe With its modern and sensual idiom, the GLC Coupe gives a foretaste of the future SUV models from Mercedes-Benz.

Nissan Micra Not much is known yet about the Micra update, we do know that there will be a major style change. Out with the roundy, cuddly, styling its had since 1992 and in with a style more wedge-shaped and sleek.

Tesla Model X Tesla’s big, seven-seat SUV comes with the same insane performance as the Model S saloon. The space inside is massive, thanks to the compact electric motors, and it has a similar cabin layout.

Audi Q2 An A1-sized, small 4×4 looking to compete with the likes of Nissan Juke and the Mini Countryman. With a slightly different styling to normal Audi 4×4’s, it’s bound to appeal to stylish folks about town.

BMW X3 Not much details available as yet, but the X3 will be roomier, lighter and more agile than the currant model and will come with both familiar 2.0-litre diesels and the 330e’s plugin hybrid powertrain.

Honda NSX The mid-engined, 4WD, hybrid V6 NSX may lack the lightness of the original NSX supercar but with sub-three-second 0-100kmh time and a top whack touching 330kmh, it won’t hang around for long!

Hyundai Ioniq Hyundai’s first Euro-friendly hybrid comes as a regular Prius-style hybrid, a plug-in hybrid with a limited electric-only range and as a full-electric car, a rival for the Nissan Leaf. The standard hybrid will be arriving first.

Mazda MX-5 RF The RF stands for retractable fastback, and with a coupe-like roof the whole back end lifts up to allow the centre section of the roof to slide away. It may be heavier and more expensive than the standard flyweight MX-5 but it might just be cooler. 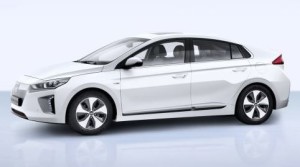 Mini Countryman With a new platform, new engine (the 1.5 disel and petrol three-cylinder units from the Mini hatch and Clubman) and styling that’s a little more upright, boxy and SUV-ish.

Nissan Juke The new Juke will be based on the same mechanical package as the Renault Captur. Some of the outrageous styling will be toned down and the overall shape and look will remain the same, but there will be significant gains in interior space and cabin quality.

Opel Zafira X A release date is not confirmed yet but expect a major redesign for the seven-seater pushing it away from the plain, mono-cube MPV styling and more into the SUV sphere.

Peugeot 3008 A sharp-replacement for the 3008 with a fully-digital cabin with no dials and very high quality.

Porsche Panamera Power from turbo V6 and V8 petrols, and a new V8 diesel and an updated petrol-electric plugin hybrid too. Expect sharp handling but also a more usable cabin and boot space.

Renult Scenic The new Scenic and seven-seat Grand Scenic, both cars will have their styling tweaked to make them appear more SUV-ish, both boasting more roomy, versatile high-tech cabins. 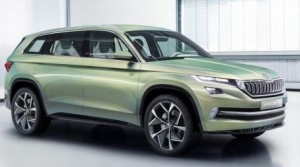 Skoda Kodiaq This seven-seat SUV has understated styling and a roomy cabin and will eventually get a plugin hybrid option.

Subaru Impreza The debut car for Subaru’s new chassis which will eventually underpin all of its model range.

Volkswagen Golf The 8th generation of Europe’s biggest hatchback is due very late in 2016. It will keep the same MQB chassis and structure of the current model, but with sleeker styling and a seriously high-tech all-digital cabin.

Looking to lease a car or van for your business call us today on 014605250 to discuss your options, or email us at info@jensenfleet.ie