More than 39,800 new cars were sold in January, according to the Society of the Irish Motor Industry (SIMI), which was 33.5% higher than the amount sold in the same month of 2015. This makes the January just gone the best January for the motor industry since 2008 and comes on the back of significant growth last year when almost 125,000 cars were sold. 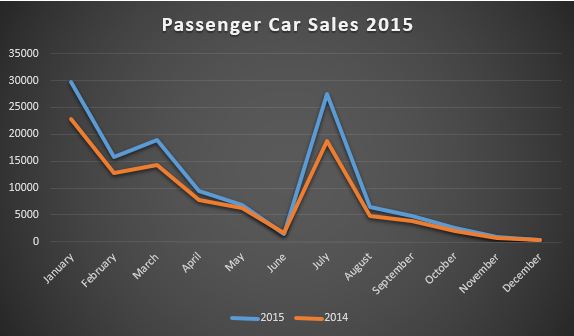 SIMI expect that this growth will continue through the next eleven months, and they are predicting total sales of over 150,000 in 2016.

January was the first key sales period in Ireland since it was revealed that Volkswagen had cheated emissions tests on some of its vehicles in the United States as well as Europe, and we can see now see some of the effect it has had on Volkswagen sales.

Hyundai was the most popular car brand last month, with a 12.31% share of total sales – a distinction that usually goes to Volkswagen.

Emissions remain a key selling point for car buyers, as 78.2% of vehicles sold in January fell into the ‘A’ band of motor tax.

Petrol Electric car sales rose significantly – albeit from a low base – to make up 1.5% of sales, however the number of electric engine cars halved when compared to January 2015.

Car sales contributed to €1.2bn to the Exchequer last year, according to the SIMI/Done Deal Quarterly Motor Industry Review of 2015, which was published alongside the January sales figures. The vast majority of this came from new car sales, with less than €144m being taken in from imported vehicles.

The good news for motorists was that they would have seen their costs fall during the year, with petrol prices down 8.2% and diesel prices down 11.4% when compared to the last three months of 2014. The cost of a new car was also down by 2.9%.

However, a lot of these savings would have been undone by the 30.7% rise in the cost of the average motor insurance policy. 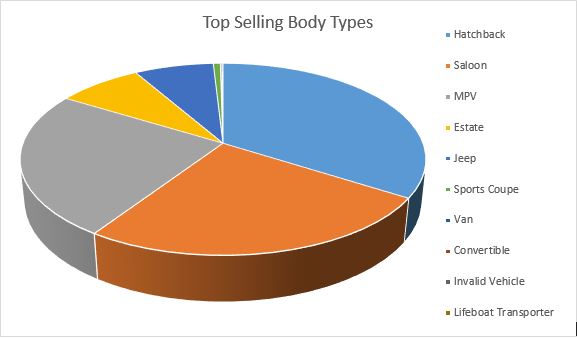